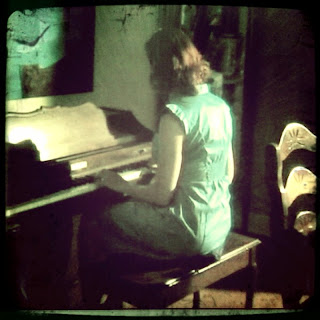 When Ingrid and Mackie arrive at Ingrid's childhood home, they park outside with the windows open. Ingrid stares hard at the house as Mackie struggles with the tie she's made him wear. He complains, wondering what they're doing there. Ingrid hasn't spoken to her mother in a decade. The woman is obviously a bore. Why is Ingrid, who seems so independent, subjecting herself to the scrutiny, Mackie wonders. Mackie himself is like a kid, squirming before he gets dragged into church. You can hear children throughout the neighborhood, laughing, screaming, or crying. The noise they make is pretty ambiguous. Childhood as raw energy.

Ingrid wants to stay in her grandmother's room, but her mother takes her up to the attic, where she lived as a boy. Ingrid's character is a different person than she was as a kid, something most people can relate to, if not to such an extreme. As an adult, you're a different being altogether; not physically necessarily, but in almost every other conceivable way. For a lot of people I know, adulthood becomes a mission to actualize the sense someone had of him- or herself as a child, impressions typically contradicted or denied by parents. Ingrid's mother preserved her boyhood room like a museum. "I didn't decorate that room; SHE did," Ingrid tells Mackie, when they sneak into the bathroom together to gossip conspiratorially. That's pretty childish, too. They're even dressed in their PJs. As a boy, Ingrid felt like her mother's doll.

You're a different being but that kid is still in there, and Woman's Picture is preoccupied with viewing that strange phenomenon where childhood becomes the ghost town resided in by adults. Loretta, another one of the movie's protagonists, is probably going to lose her children. "She neglected them," she says, pretending to talk about someone besides herself. "She was neglectful." They got into rat poison when she wasn't looking. She was probably never looking, unless she happened to be playing with them, but if she played with them it was as an equal. Loretta is a child, too; like Ingrid, she's a totally different being. She's a grown woman but she has the mind of a little girl. Her body ages but her mind stays put. She repeats what other people say--the women she works with; the things she hears from Miriam Masterson, on TV--the way a child explains grown-up concepts to her dolls at a tea party in her bedroom. Loretta hears children wherever she goes. In a few dissociative moments she goes off somewhere in her head and you lose touch with her, but the sound of a child in distress gives some indication where she's gone.

Miriam's TV show set comes across like something out of her childhood. She painted it girly pink. She plays dress-up on set, basically, wearing clothes that make no sense the second she steps off camera. There's a lot of dressing up in Woman's Picture. Clothes are the step you take toward becoming that other person. A lot of the clothes in the movie don't fit perfectly: Mackie's pajamas are at least a size too big; Loretta's maid uniform seems like a hand me down from an older girl; Miriam's trademark on-set gown is the right size but the cut has a lot of sweep and some extra length, reinforcing the impression that she might not have grown into it yet. "I'm going to find my pink belt. You will not upstage me again," Ingrid tells Mackie in their hotel room. A big part of their relationship is dress-up and play-acting.

Miriam talks incessantly about her childhood on camera and you hear it piped into everyone else's home and consciousness, but childhood is off limits for the characters in the movie--even for Miriam. The only kids you see might be a mirage. Loretta sneaks into one of the rooms at the motel where she works. She's hiding from someone, listening at the door. When she turns around, she sees a boy and a girl sitting on the bed, staring at her. The boy is chewing on his fingernails, the way Loretta does. She doesn't speak to the kids and they don't speak to her. They stare at each other like a long distance separates them. Ingrid's mother can preserve her son's room but the son she remembers is gone forever, unless she's willing to admit that he was a figment of her imagination to begin with. At one point, Ingrid plays the piano in the den, stumbling through "Power in the Blood" from memory. Her mother hears it from the kitchen, and gets as close as she ever will to her son, who as a boy must have rehearsed while she cooked dinner.

Posted by a blog by Brian Pera at 6:30 PM No comments: Links to this post

Stills From A Short in Progress 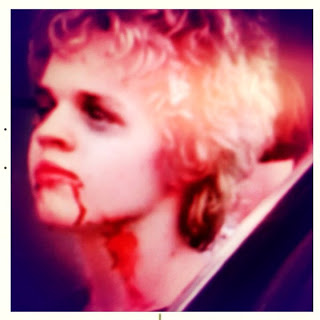 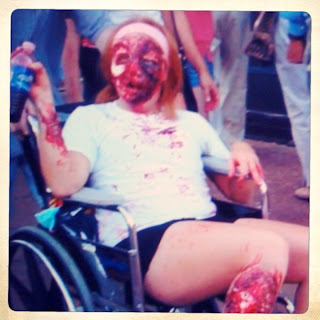 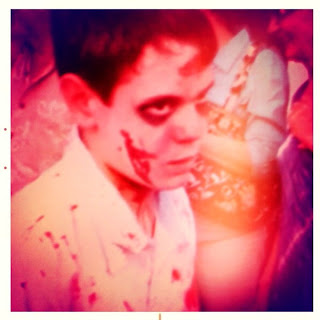 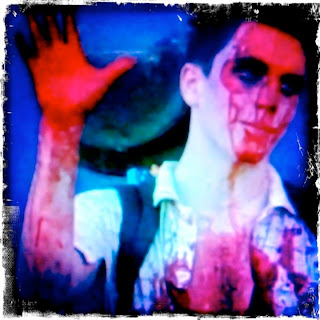 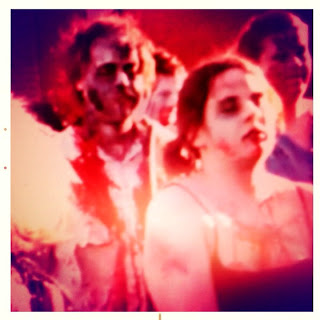 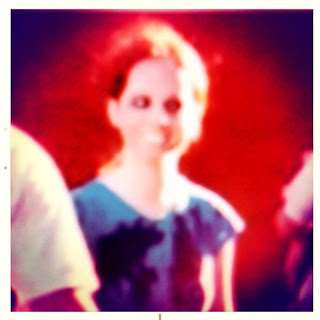 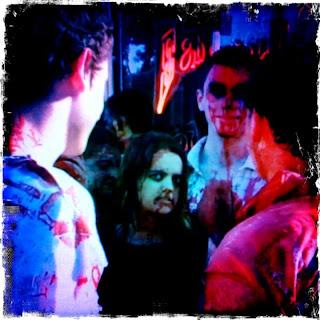 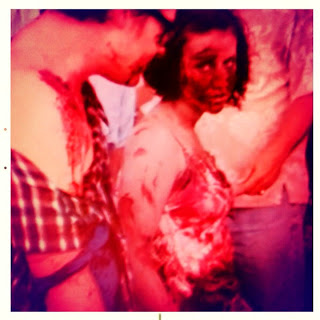 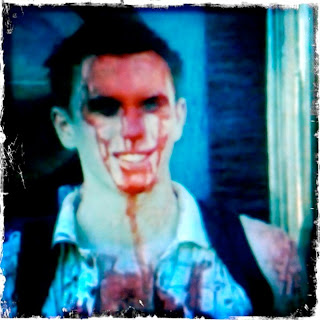 Posted by a blog by Brian Pera at 12:40 PM No comments: Links to this post