LIFE AS WE SHOW IT contributor Donal Mosher Wins Award

This year’s SILVERDOCS Sterling Award for a US Feature goes to OCTOBER COUNTRY. The film, directed by Michael Palmieri and LIFE AS WE SHOW IT contributor Donal Mosher, documents the multi-generational story of a working-class family coping with poverty, teen pregnancy, foster care and the ineffable horrors of child molestation and war. The directors will receive $10,000 cash. The festival ran June 15-22.

Parts of October Country are excerpted in LIFE AS WE SHOW IT: WRITING ON FILM. Here's an excerpt of those excerpts: 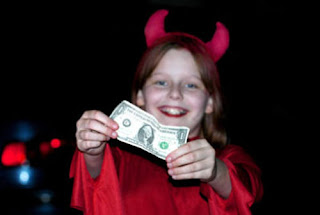 "Desi on her bed, high on candy corn, blood boiling with fructose. Her legs kick. Her hair flies. She bounces as if hurled from the mattress, making guttural noises, gibberish, and high, wild laughter. She's Linda Blair in The Exorcist--a film she's never seen because she is too frightened to watch horror films, especially those involving young girls.

"The trick to getting Desi to talk seriously is to film her at play first, sometimes for an hour or more. When she calms we broach the troubling subject of her mother's relationships. We ask if she's liked or trusted any of her mother's boyfriends..."