Paul Provenza on Drawing the (Punch) Line in Comedy 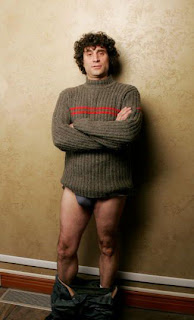 "Andy Kaufman is a perfect example of somebody who went very far in the other direction. What Andy Kaufman did is the equivalent of what Picasso did. Picasso basically said everything you’ve been looking at in normal paintings is limiting. The edges of the canvas - we always assume - are the audiences laughing, and the joke ends at the edge of the stage, and there’s the audience’s response. What Andy Kaufman did is he took the punch line and put it right out into the audience. He said the way the audience reacts is where the punch line is. So, you’d go see an Andy Kaufman show where half the audience was irate at what he’s doing and the other half of the audience is fucking howling at that half of the audience. And that’s where the genius is. That’s the joke. He eliminated the edges of the canvas. He changed them completely. That to me is a great example of someone who really expanded our notion of what comedy is— that comedy is just as much about the way people react to things."

-Paul Provenza (pictured above at Sundance, promoting The Aristocrats)