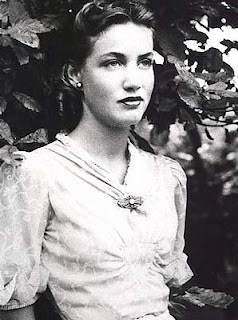 It's probably too early to tell how much the upcoming film about the Beales women will deviate from or correspond to historical record, but it's clear from the criminally brief trailer which has surfaced on HBO's website that the Grey Gardens "remake" is more than a little faithful to the documentaries and the musical.

When creating their Big Edie Beale, the filmmakers and Jessica Lange had the documentaries made by the Maysles brothers and the more recent musical to go by, and they've fashioned a characterization which an audience who has seen one or all of those will expect. There were many facets to the Beales. There are many facets to anyone put on film, documentary or otherwise, and what percentage of that comes through or makes it into the final cut is usually pretty minimal, a matter of narrative economy and the director's (and editor's) point of view. Watching the trailer, I thought at first that scenes from the documentaries had been inserted into the clip. Watching it a second time, I realized these scenes had been faithfully recreated, visually at least, and these recreations seem to serve as a touchstone for branching off into less recognizable territory (i.e. biographical details and speculations which do not appear in the documentaries but have appeared in the musical and thus, co-mingling fact with fiction, seem authentic), lending a sense of veracity to their inevitably speculative nature.

The original Grey Gardens documentary was released in 1975. In 2006, hours of unseen footage were assembled into an extension of that story, which by then had become culturally ubiquitous enough to merit the revisitation in the first place. For those who'd seen the first film, the second was an oddly revelatory experience. I first saw Grey Gardens in the early nineties, when I visited a friend who had just started watching it. We were stoned but needn't have been. The documentary itself is a mind-altering substance, creating the dreamlike sensation of watching some fugitive, heretofore undiscovered pocket of memory. The narrative is so vice-like in its exclusion of extraneous detail, so tightly focused on the insular world of its subjects, that watching it on TV can feel like peeping through a neighbor's keyhole. During the course of the film, Big Edie and Little Edie Beale direct their conversation to the Maysles brothers, but the directors have so scrupulously excised themselves from the footage that it's as if the women are talking to the viewer. When one or both of the brothers does appear in the margins of the frame, their presence is only fleeting, and your mind pushes them out in an unconscious effort to preserve the trance induced by the perversely claustrophobic atmosphere.

The intrinsic dishonesty of the documentary impulse and practice is exposed by these random appearances, which might be another reason we try to block them out. It's generally, and mistakenly, agreed that documentary, however biased its maker(s), is filmed reality, even at its most structured. It's true, filming a situation will inevitably capture elements of its shared or objective reality (if such a thing exists), but it's probably impossible to say which parts reflect the truth, and whose truth that ultimately is anyway. Filming fiction is capturing some sort of reality as well, as various real situations occur within the "forced" environment of an openly constructed movie. Like Frederick Wiseman, the Maysles worked very hard to remove evidence of their presence from their work. This can lead to an airtight narrative quality which mimics the strategies of cinema verite, the irony being that cinema verite was a constructed version of reality meant to address another construction, the Hollywood style of movie-making, with its manipulative arsenal of happy endings and tragic plot devices. The assumption has been that cinema verite and any style of filmmaking which removes the hallmark indications of directorial intent, let alone presence, gets closer to the truth, as if such a film were somehow not a film but a time capsule. 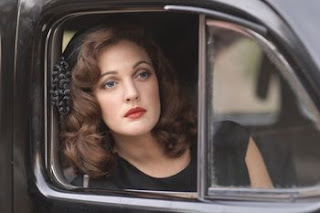 The second Beales documentary, The Beales of Grey Gardens, showed what a strategic manipulation the first had been, opening up the tightly focused narrative perimeters to expand on recognizable scenarios, showing they'd been tampered with. This revealed different expressions, different exchanges, creating new associations, different if not contradictory interpretations. The second film showed that the first film was a perspective formed by two men entering into this closed off world. The second film demonstrates a maturation of that perspective, an evolution and, in some respects, a rethinking. The lives of the Beale women seem much less peculiar in the second film, or perhaps it's just that their eccentricities are placed within a more recognizable context, humanizing them.

Little Edie Beale, particularly, is softened by this widening of the lens; she seems less harsh, her feelings toward her mother more complicated and well-rounded. Affection complicates the anger and resentment. The deep dark mystery of the first film--what happened to these two women?--is attenuated by the second: what happened was ultimately no more complicated than what happens between any mother and daughter, possessing its own private language and repertoire of coded gesture. Rather than defuse the gravity of the first film, The Beales of Grey Gardens imbues its characters with a poignancy which makes their situation more recognizably tragic.

Christine Ebersole's impersonation of Little Edie in the 2006 musical based on the Beales brought Grey Gardens to the masses. People who had never heard of the movie or its subjects brought to their first viewing an expectation created by Ebersole's reenactment, as if the film were a sequel to the musical. The movie was engaging to the extent that it corresponded to these expectations, and frustrating where it diverged from them. The two act musical began with an openly speculative account of early Big and Little Edie, when the former was 47 and the latter 24. The second act works from the events of the documentary. The forthcoming remake is probably a hybrid of all three: like the first act of the musical it imagines the Beales as younger women; later, it confines them to the stage setting of the documentaries. Who knows whether these performances or this latest iteration will bear any resemblance to the real women, but it's probably safe to say that isn't the primary objective of the storytellers.

This is interesting because I just finished reading "My Life at Grey Gardens: 13 months and Beyond" by Lois Wright. Lois was living at Grey Gardens near the end of filming the documentary. According to Wright, little Edie was way more functional than the documentary showed; attending church, grocery shopping, and even traveling several times to New York by herself to appear at screenings.

a blog by Brian Pera said...

Was that good? I never heard of it until you just mentioned it. There was also an interview with the Jerry guy who visits the Beales a lot during the documentary. He became a cab driver in NYC. Years later, one of the Maysles got into his cab and they reconnected. I think there might be footage of him returning to the house to reminisce. I found an interview with him online talking about his life at the time and since the film, and it seemed pretty clear he wasn't the vagrant mooch he seemed to be in that scenario. I think he lived in the neighborhood, whereas in the film he seemed to be this opportunist interloper who happened to be passing by and seized what looked like some kind of opportunity.

I think the Maysles did an amazing job with that first movie setting up this dreamlike, Gothic environment--they did the same with Gimme Shelter, making the Rolling Stones concert at Altamont look like the ninth circle of Hell--and I suspect it was a lot more expressionistic than realistic. They left out a lot and made choices about what to emphasize and who these characters were going to be.

So to me those women are characters created by Little Edie and Big Edie and the filmmakers. Which I love. Little Edie, particularly, seemed to see her exchange with them as a performance, and she made quick transitions from performer to docent around and about the house. And I'm pretty fascinated by the movie copying scenes from the documentary, recreating that created mood. It's like painting a campbell's soup can from a warhol print without having seen the real thing.

I am fascinated by the Grey Gardens documentary....I didn't even know about the second film until now. I did not make an effort to see the HBO film, but my father loves to impress me with burned DVDs of movies he thinks I will enjoy. Earlier this year he gave me copies of HBO's Grey Gardens along with John Waters' This Filthy World. I'm a substitute teacher, and recently I was assigned to cover a Russian class. Finding out that I wouldn't have any students for several hours, I was happy to find the DVD in my bag. I was pleasantly surprised! I felt that Drew Barrymore had never been more beautiful. I wanted to wear all of her costumes. It seemed to me that they did a pretty good job telling the story, however I don't know much more than I've seen in the documentary. Whether or not the flashbacks were accurate, I enjoyed them. Watching the film on my tiny powerbook while sitting at an uncomfortable desk in Craigmont High School, I was still able to become totally immersed and fall in love with the Beales all over again.

Grey Gardens is on the schedule for the next season at Playhouse on the Square....i'm looking forward to it!

a blog by Brian Pera said...

I love that your dad gave you these videos.